Closed loop control is often referred to as servo control. Agave Semiconductor offers both open loop and closed loop pre-drivers. The block diagrams illustrate the main difference between the two; and show how both can be used in a closed loop system.

Open loop pre-drivers do not contain the error amplifier which compares the desired speed of the fan to the actual speed. In some applications it may be more desirable to implement the closed loop algorithm on the motherboard as illustrated in the lower block diagram. In other applications, closed loop servo control may not be required at all. 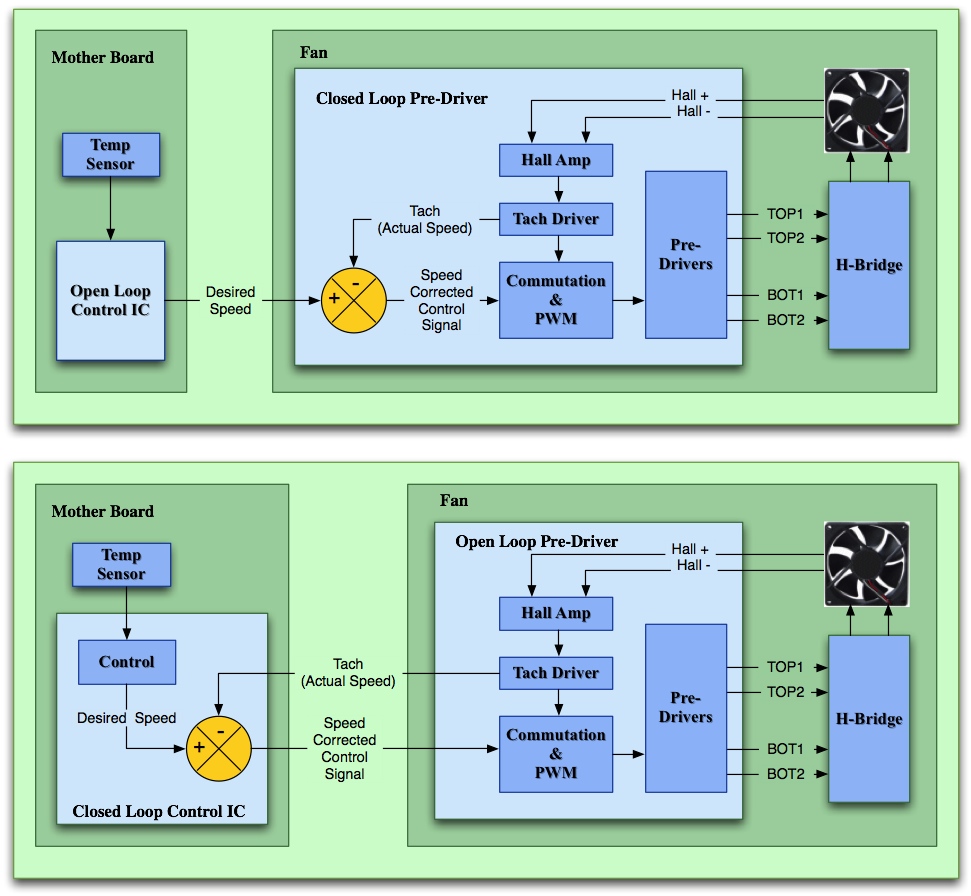